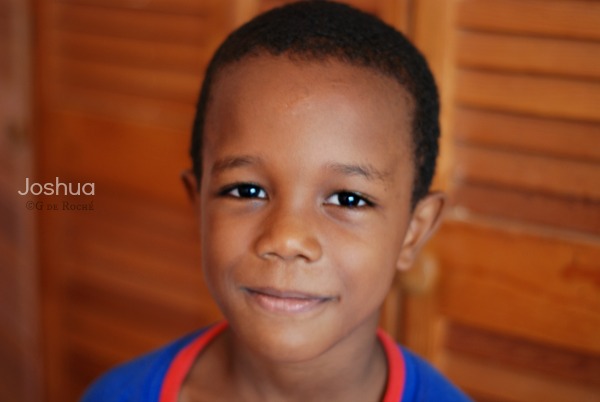 Joshua is the brother of Ignatious #147
No comments: 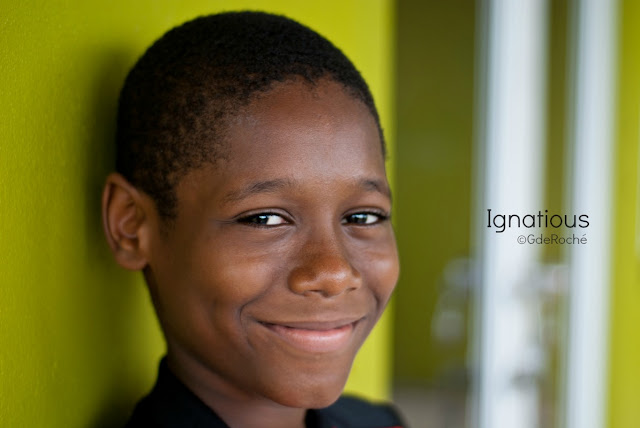 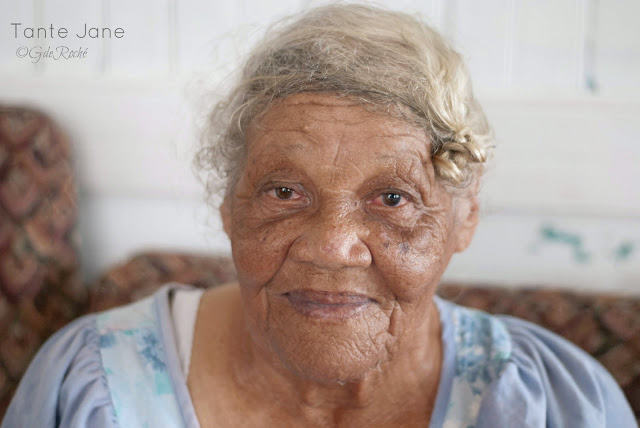 Tante Jane also called Nen Jane is 91 years old. She is the wife of my grandmother's youngest brother. Tante Jane made mention of my strong resemblance to my aunties but she seemed to think that I favoured my Aunty Zita the most. After pronouncing on this Tante Jane turns to my husband and says, "You know you are a lucky man. You married a beautiful woman."

Can I tell you we love Tante Jane ;-) 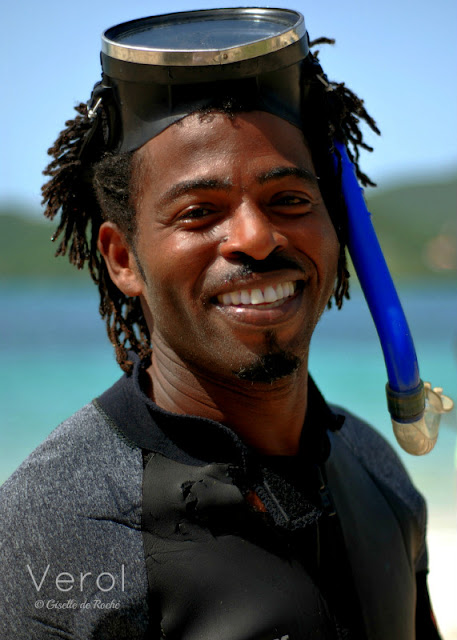 The very day I arrived in Canouan, I noticed this guy spearfishing near the rocks at the bottom of my Uncle's house. Later on the beach he approached me.

Mariella is my Aunt. I shook my head and told him sorry,wrong person.

Ann is another of my aunts. I shook my head, no.

However my features identify me as de Roché, so he pressed on, calling the name of yet another of my aunts.

Laughing, I told him that those were all my father's sisters.

Quite unsurprisingly he tells me that he was Laurel's son and we determine that his grandmother and my grandmother were sisters. When your dad is from a tiny island, population 500 (in those days)  you literally run into family everywhere you go. Just in case you are wondering, the population is now 1,200
No comments: 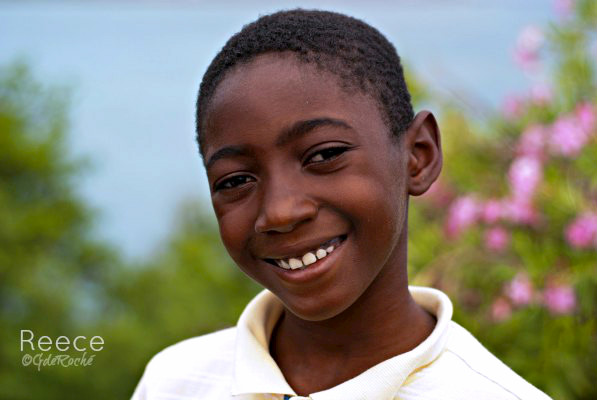 Handsome 9 year old Reece is the son of my cousin Phil. He and my son met up for exactly one day during the vacation and played together all day like they had known each other from birth. Love my Canouan family.

Wow! I know, it seems like I just dropped the ball on this project haven't I? Explanations and apologies are over on my other blog if you care to read about it here.
No comments: Tracey works with my husband. We'd never met but she was able identify me because she recognized my son who she'd seen with my husband at another birthday party. We had a lovely chat and bemoaned the fact that our children's heavy birthday party social calender left us with precious little time for any life of our own. I can't speak for Tracey but I can tell you that I'm a little birthday party worn out. It's gotten to the point where my husband and I draw straws to determine who takes the kids.
No comments: Today is Mother's Day and I find my thoughts turning toward a mother that I do not know but whose pain and grief are the stuff of my nightmares. If you have children you know what I mean. Those late at night moments when you lie awake in a cold sweat worrying about real and imagined horrors that might befall your children and against which you are powerless to protect them.

Lucas' dad is brother to Jonathan #126. I took this picture of Lucas last year. It's just an ordinary image that does little to convey his cherub, gentle, spirit. Just a boy tired from a day playing in the sun,  drinking his juice with his sister (not in the shot) but nearby. I wanted to take a few more photos but we didn't know each other well enough for him to open up to me. Still he was sweet and polite and looked directly at me. Not wanting to force a moment by asking him to pose, I moved off to photograph other kids who were playing nearby, thinking that I would undoubtedly get my shot of him another time.

This past January hanging out with friends I took pictures of some of their children. Once again Lucas was unavailable to me because he spent most of the day with the other boys splashing about in the pool. Boys and water are not a good combination for camera lenses so once again I told myself that I would take his picture another time.

There would not be another time. Lucas died in a car accident on Carnival Tuesday.

Lucas has forced me to face an unpleasant truth. You see, I am a worrier. I'm the helicopter mom who hovers about her child trying to sniff out every possible danger at every possible situation before allowing my kids to participate. Honestly I am ridiculous. The swim club Aunties have even banned me from accompanying my child to the pool. He goes with his dad. This tragedy has made me look at my fears differently. I understand that I don't control the universe. Would that I could but despite a parent's best efforts, random and senseless things just happen.

Should something happen to my own children tomorrow would I prefer my memories to be of them sitting on the side lines of life crippled by my fears? Or, will I prefer to have memories of a life they fully lived.

I looked at all the pictures of Lucas on Facebook. He is there with his sister, his uncle, his mom, his grand-dad Vladimir #127 . He is splashing in the small pool at Rampanalagas, visiting a horse farm, having a time in Tobago, sticking a bright orange tongue out to the camera. All testament to the fact that his life though short was full. Full of laughter and love. Ironically it is this love that makes his premature departure so difficult to accept.

To his parents, I'm thinking of you both today. My prayer is not that you find the strength to get over this, you won't; you can't.  However I pray God gives you the strength to survive and go on and maybe one day even enjoy some sense of normalcy.
8 comments: Birthday parties are a blur of children but this youngster's wonderful caramel coloured eyes definitely got my attention. Destined to be a heart breaker that's for sure.
No comments: The pretty mom of Xavier. One of my son's friends.
No comments: Nikala was a pretty trainee at Valu Optical. My son was very taken with her after she let him peek through the machine to see the inside of his eye.
No comments:

This is a Flickr badge showing items in a set called A Thousand Faces. Make your own badge here.